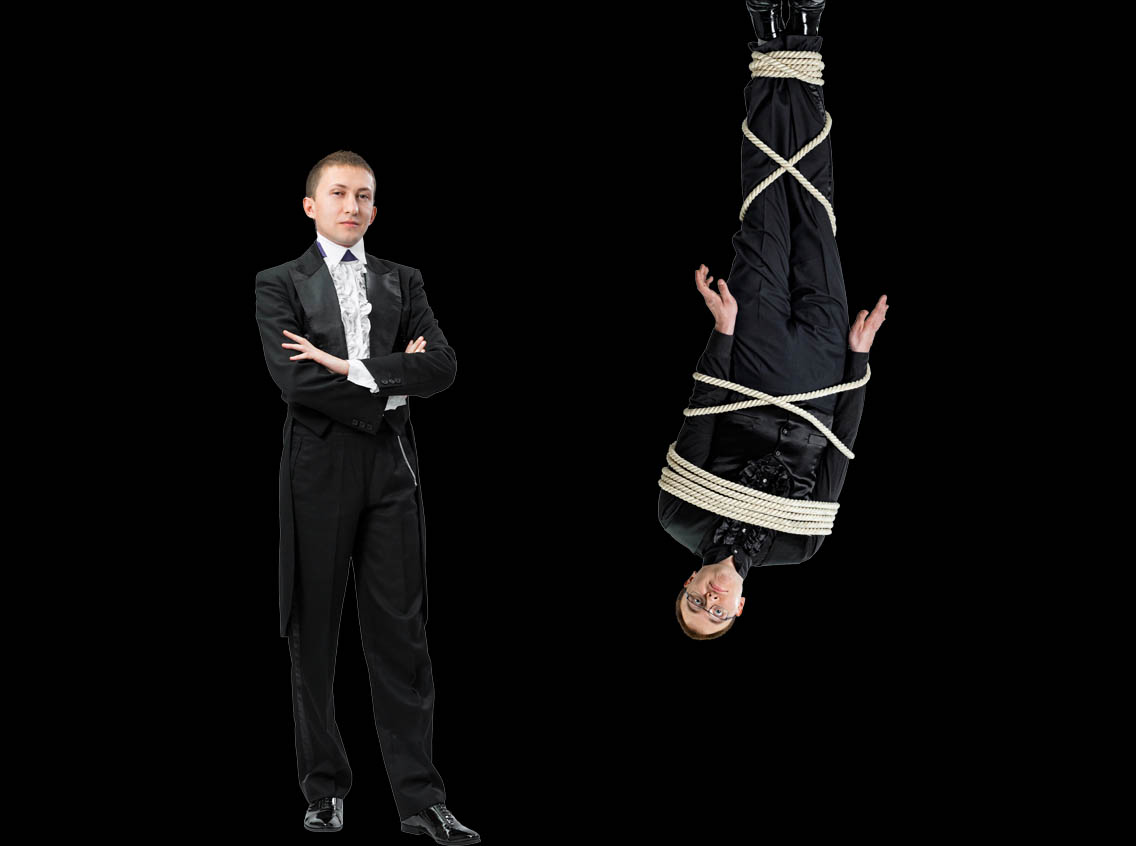 Have been artistically manipulating physic laws for 13 years. Their show includes some manipulations with tiny items, massive illusions with mysterious disappearing of the audience, levitation, and incredible unchaining of masters of illusion.

Juggler Illusionists interprets classical prestige in a very facile and elegant way. There will be no rabbits out of a hat, on the contrary they’ll rather pull a hat out of a rabbit.

Due to their long-term practice Juggler Illusionists are able to spark interest of vast audience. Their shows bring joy to everybody. It seems that the magic moves with them, and in fact, it really does.

Juggler Illusionists are also outstanding due to the permanent interest on the part of Mass media and extensive charity work. They are the founders of the only illusionist school in Russia with several grounds for students and school children.

Someone said “miracles are routine for gods and jugglers”. Juggler as the masters of illusion leave all the work with physical laws of the real world in favor of the magic for themselves providing the audience with an enjoyable magical show.